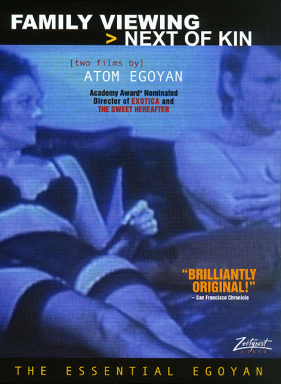 Family Viewing / Next of Kin (DVD)

In NEXT OF KIN (1984), a young man is having problems with his family. Catatonically unhappy, he undergoes video-therapy with his domineering parents. At the clinic, he comes across the videotapes of a troubled Armenian family, who twenty years earlier gave up their infant son to a foster home. This sly comedy explores the unexpected outcome of Peter presenting himself as this family’s long lost son.

FAMILY VIEWING (1987) won numerous awards at major film festivals and established Egoyan as one of the most striking new directors of our time. In this black comedy a young man discovers that his childhood home videos have been erased to make room for his father’s homemade sex tapes.

These two features are enhanced by Egoyan’s commentaries, as well as his first short films. For aspiring filmmakers as well as cinephiles, this collection of early work is a great introduction to this acclaimed writer and director. 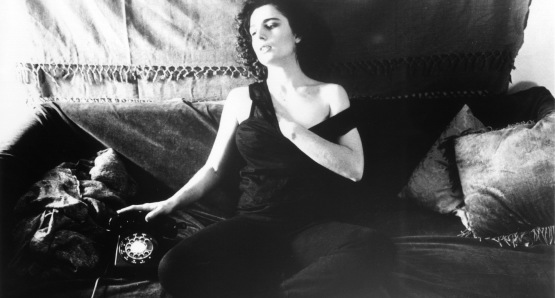