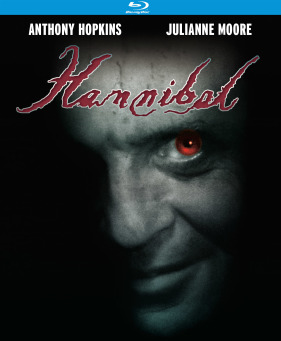 Brand New 4K Restoration Supervised by Cinematographer John Mathieson! The silence has been broken... Dark, absorbing and entertaining, this follow-up to The Silence of the Lambs is an audacious success. Screen legend Anthony Hopkins (Nixon) is perverse perfection in his return to the role of Dr. Hannibal Lecter, the sophisticated killer who comes out of hiding to draw FBI Special Agent Clarice Starling (Julianne Moore, Far from Heaven) into a high-stakes battle that will test her strength, cunning... and loyalty. Meanwhile, the good doctor’s only surviving victim plots a particularly nasty revenge. Drenched in baroque terror and hair-raising visuals, Hannibal is as compelling as it is shocking. Legendary filmmaker Ridley Scott (Alien, Blade Runner, The Martian) served up this smash-hit thriller from a screenplay by David Mamet (Glengarry Glen Ross) and Steven Zaillian (Schindler’s List), based on the bestselling novel by Thomas Harris (Red Dragon). Ray Liotta (Unforgettable), Giancarlo Giannini (Seven Beauties) and Gary Oldman (Darkest Hour) round out the delectable cast.

Breaking the Silence: The Making of Hannibal – including rare footage and interviews (75 Minutes)

Anatomy of a Shoot-Out: A Five-Angle Breakdown of the “Fish Market” Action Scene (48 Minutes)

Ridleygrams: A Featurette on the Art of Storyboarding (9 Minutes)

An Exploration of the Film’s Opening Title Design (7 Minutes)