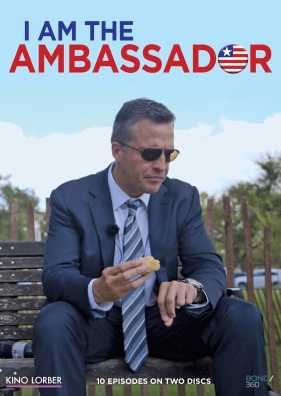 I Am the Ambassador (DVD)

I am the Ambassador is a ten-episode documentary series that depicts the life of the former U.S. Ambassador to the Kingdom of Denmark, Rufus Gifford. He was the financial director of President Barack Obama's reelection campaign in 2012 before moving to Denmark in 2013 to take office, along with his partnet Stephen DeVincent and their dog Argos. The series offers exclusive inside perspectives to Rufus' life as an ambassador, spending his time meeting as many Danes as possible to get an understanding of their culture. As an ambassador from the United States he works to continuously establish and maintain the relationship between the U.S. and Denmark, while also fighting for LGBT rights - an important cause for Rufus both professionally and personally.