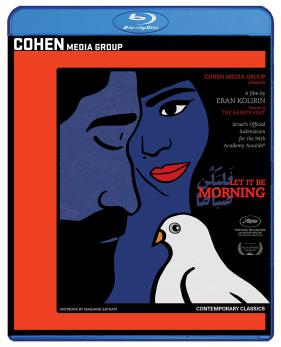 Let It Be Morning (Blu-ray)

Israel’s official submission for Best International Feature Film at the 94th Academy Awards®, and an official selection at the 2021 Cannes Film Festival. Sami lives in Jerusalem with his wife and child, and an invitation to his brother’s wedding forces him to return to the Arab village where he grew up. After the wedding, with no warning or explanation, the village is put under military lockdown by Israeli soldiers and cut off from the outside world. Chaos rises overnight amongst those stuck within the walls. Director Eran Kolirin (The Band’s Visit) brings Sayed Kashua’s bestselling novel to life, exposing the absurdist world of Palestinian reality while highlighting human stories of being trapped in an unexpected situation.