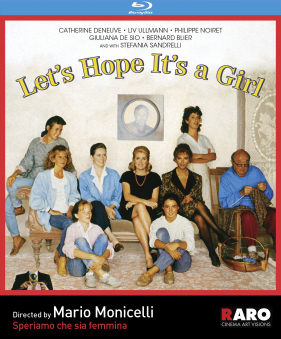 From legendary director Mario Monicelli (Big Deal on Madonna Street) comes the award-winning Let’s Hope It’s a Girl (1986), a coruscating battle-of-the-sexes comedy that won seven David di Donatello Awards including Best Film. Elena (Liv Ullman), after divorcing her ineffectual husband Leonardo (Philippe Noiret), takes over the family farm in Tuscany. Along with her sister Claudia (Catherine Deneuve) and a supportive group of other female relatives and employees, she gets the farm up and running again. When Leonardo returns, hoping to mansplain the right way to run a business, he is soon outclassed by Elena’s matriarchy. Let’s Hope It’s a Girl demonstrated the possibility of a form of female bonding between women who live, by choice, in a world without men.