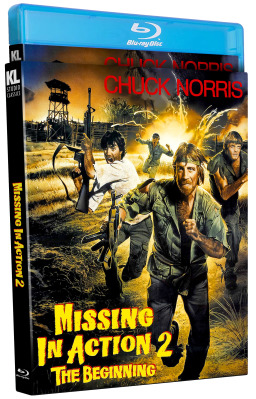 Roundhouse-kick king Chuck Norris (The Octagon) returns as Colonel James Braddock in this intense, action-packed prequel to the original runaway hit. Captured during a daring mid-air rescue operation, Braddock and his men are imprisoned by the insane Colonel Yin (Soon-Tek Oh, Good Guys Wear Black), who stops at nothing to break their spirits. Held captive in a godforsaken jungle, death seems the only escape. But like a cunning tiger waiting for the right time to pounce on his prey, Braddock seizes the opportunity to spring into action…and becomes a one-man fighting machine dead-set on freeing his men at any cost. Directed by Lance Hool (Steel Dawn) and featuring Steven Williams (Jason Goes to Hell: The Final Friday) and Professor Toru Tanaka (Catch the Heat).