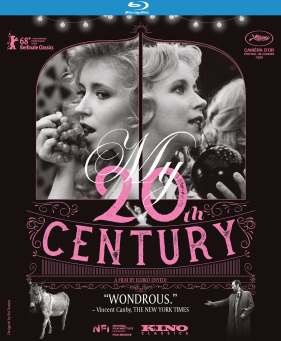 Awarded the Camera d’Or for best first feature at the 1989 Cannes Film Festival, Hungarian trailblazer Ildikó Enyedi’s My 20th Century is a luminous, unconventional fairy tale. Two twins, Lili the anarchist and Dóra, a luxurious woman of loose morals (both played by the young Polish actress Dorotha Segda), are separated as young girls. Their lives proceed on opposing tracks until their paths reconnect on the Orient Express with Mr. Z. (Tarkovsky mainstay Oleg Yankovsky) who loves them jointly. Defiantly in pursuit of happiness and in retreat from the “mass murdering century,” they are all entranced by Thomas Edison’s inventions and drunk on the miracle of existence. Among the greatest of cinematic debuts, My 20th Century introduced the world to Enyedi (On Body and Soul), who remains a vital, distinctive artist into the 21st century.