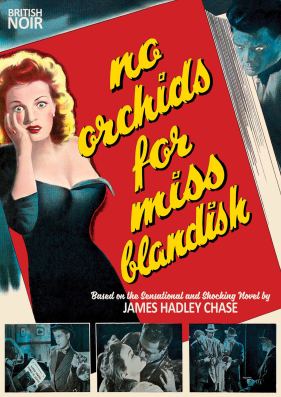 Based on a shocking novel by James Hadley Chase (The Night of the Generals)--the film’s mixture of sex, violence and low morals made it one of the most controversial films of the late 1940s. The story tells of a pampered heiress (Linden Travers, The Lady Vanishes) who is abducted on her wedding night by a gang of small time hoods, in what starts out as a jewel robbery and turns into a kidnapping/murder when one of them kills the groom. Despite her terrifying ordeal, Miss Blandish finds herself falling in love with the gang leader, Slim Grisson (Jack La Rue, A Farewell to Arms). They plan to run off together, but the rest of the gang can't see parting with a potential million dollar ransom, or leaving a witness alive--even if it means killing Slim to get to her. The book was ferociously condemned, but was allegedly the most popular book amongst serving British troops during WWII. The 1971 Robert Aldrich film The Grissom Gang was based on the same Chase novel.