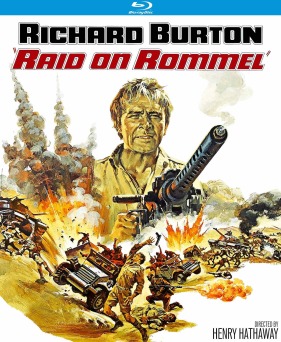 From Henry Hathaway, the outstanding director of The Shepherd of the Hills, The House on 92nd Street, Kiss of Death, Rawhide, 23 Paces to Baker Street and True Grit, comes this explosive WWII action-adventure starring screen legend Richard Burton (Where Eagles Dare) as a British intelligence officer who leads a daring attack on the German shore defenses at Tobruk. Infiltrating a German POW convoy, Captain Foster (Burton) learns that the commandos he hoped to link up with have been almost completely wiped out and the prisoners belong to a British medical unit. Aided by MacKenzie (John Colicos, Phobia), one of the surviving commandos, Foster whips the ragtag band of POWs into a fighting force—only to stumble into an unexpected meeting with the infamous Desert Fox, Field Marshal Erwin Rommel (Wolfgang Preiss, The Train). Co-starring Karl-Otto Alberty (Kelly's Heroes, The Great Escape).