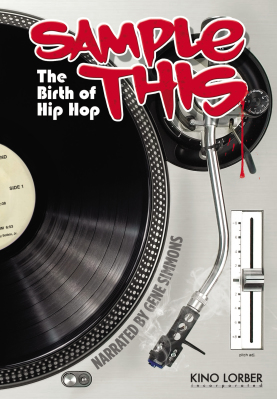 SAMPLE THIS is the true story of how unknown music producer Michael Viner brought together the greatest studio musicians of the 1970's to create an album that ultimately went nowhere... until the summer of 1973, when DJ Herc took the percussion breaks from that obscure album and extended them by playing them back to back. His beats became an anthem on the streets of the Bronx and ultimately the genre of Hip Hop, becoming one of the most sampled tracks in history and used by artists from Will Smith and Missy Elliot to Amy Winehouse and Jay-Z.

Narrated by Gene Simmons, SAMPLE THIS shows where contemporary rap comes from and how seemingly unrelated people and apparently random events set the stage for greatness.

"The music is incredible! Unearths some of the hidden history of American pop." -Chris Packham, Village Voice