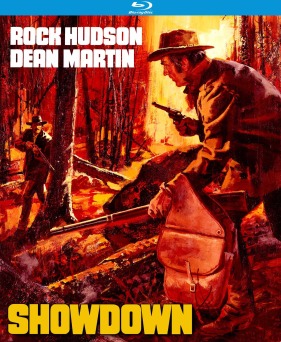 From George Seaton, the outstanding director of Miracle on 34th Street, The Country Girl, 36 Hours and Airport, comes this western adventure starring screen greats Rock Hudson (The Last Sunset) and Dean Martin (Texas Across the River) as long-time friends who find themselves on opposite sides of the law. Billy (Martin) and Chuck (Hudson) have been buddies since childhood, but when Chuck got married, Billy took his cue and left the newlyweds on their own. Chuck’s star shone bright as he distinguished himself as the town’s hard-working, honest sheriff, while Billy drifted into a life of crime. The two friends’ paths cross, however, when Billy robs a train and it is Chuck who must hunt down his friend. So begins a classic confrontation in the Old West, as Chuck is determined to catch and possibly help his old pal, and Billy is just as determined not to get caught... no matter the price. Susan Clark (Valdez Is Coming) and Donald Moffat (The Thing) co-star in this thrilling, action-packed western.