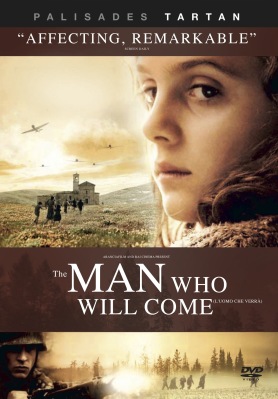 The Man Who Will Come (DVD)

Winter 1943. Martina is small child, who stopped talking since the death of her infant brother some years before. She lives in a rural area of central Italy. Her mother is pregnant again and Martina lives for the arrival of her new brother. Meanwhile, the war is getting closer and closer, forcing the people of the village to tread a difficult path, torn between the partisan brigades and the Nazi Army. On practically the same day as the birth of Martina's brother, the SS start a massive roundup of civilians in the area, an infamous event that will come to be known as the Marzabotto massacre during which more than 770 people were killed in houses, cemeteries and churches.