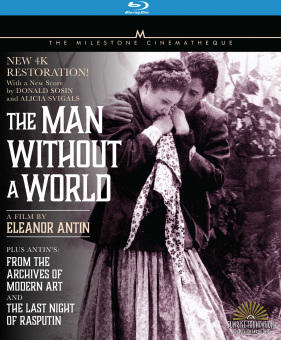 The Man Without A World (Blu-ray)

The Man Without A World is a bold independent American film, the conceptual masterpiece of an important artist, a meditation on history, and a very funny and beautiful melodrama. Credited to the legendary (and imaginary) 1920s Soviet director, Yevgeny Antinov, the film was actually made by Eleanor Antin in 1991. This silent drama set in a Jewish shtetl, was Antin’s “love letter” to her mother, who had been an actress in the Yiddish theater. When a gypsy caravan and its lovely dancer (played by Antin herself) arrive in the village, the life of the shtetl dwellers — including Zionists, religious zealots, socialists, and lovers — is upended. But as the Jewish villagers pursue their dreams for the future, the Angel of Death is ever near... This Blu-ray release also includes two other historical conjuring acts from Eleanor Antin. From the Archives of Modern Art (1987) is a series of short, sometimes ribald, comic films from the “lost years” of ballerina Eleanor
Antinova. For The Last Night of Rasputin (1989), Antinova and her husband Yevgeny Antinov (both personas of Antin) joined forces to film the final orgy and dreadful end of the notorious monk, Rasputin, on the eve of the Russian Revolution.

From the Archives of Modern Art (1987, Eleanor Antin) 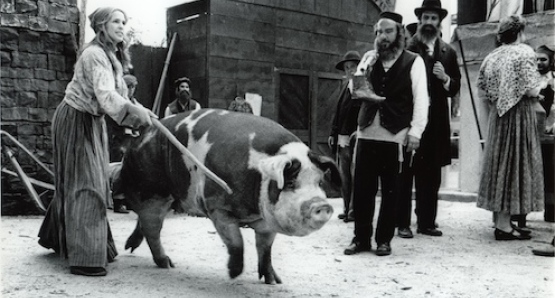 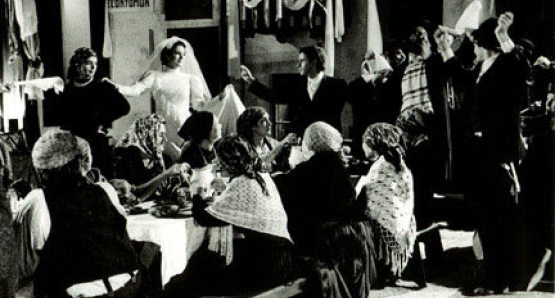