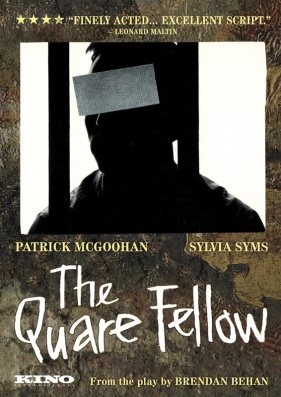 Zealous rookie prison guard Thomas Crimmin (Patrick McGoohan - The Prisoner, Escape From Alcatraz) arrives at a crumbling correctional facility where inmates and turnkeys alike anxiously await a man's imminent trip to the gallows. Though the condemned (called the "quare fellow" in Hibernian jailhouse slang) remains unseen, the cruelty of the brutal murder that has marked his days and the system that would take a life for a life are both keenly felt. Under the tutelage of a retiring guard, and via a chance liaison with Kathleen (Sylvia Syms), a woman with a deep connection to both the man awaiting execution and the crime of passion he committed, Crimmin's duty-bound veneer erodes and the tragedy of state-sanctioned murder threatens to claim more than just the life of the guilty.