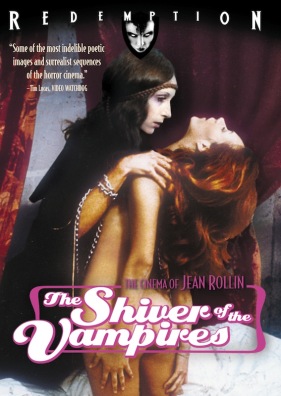 The Shiver of the Vampires (DVD)

Of all Rollin's films, SHIVER is also the most visually inventive, furnished with bizarre bric-a-brac and with each of the castle's rooms denoted by a different color, possibly in homage to Roger Corman's The Masque of the Red Death.

The film teems with startling images included almost for their own sake, such as Sandra Julien visiting a cemetery in her bridal gown and moving amongst the headstones like a ghost, or the contrast between her white gown and the widow's weeds worn by Isabelle (Nicole Nancel). The vampire Isolde (Dominique) is also a striking character, always manifest at the stroke of midnight to emerge in a startling variety of ways: rising from a well, coming down the chimney like Santa Claus, or, in one of Rollin's most celebrated scenes, popping out of the works of a grandfather clock.

"Some of the most indelible poetic images and surrealist sequences of the horror cinema." - Tim Lucas, VIDEO WATCHDOG 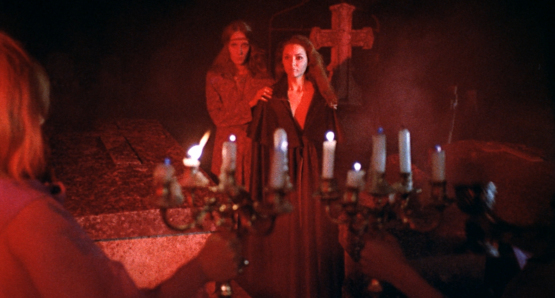 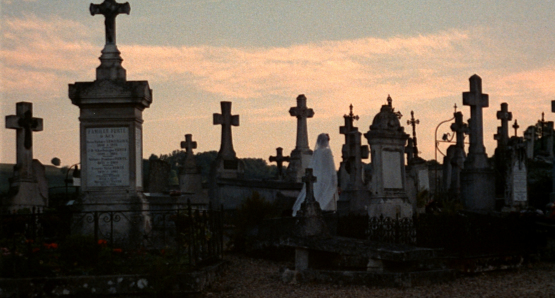 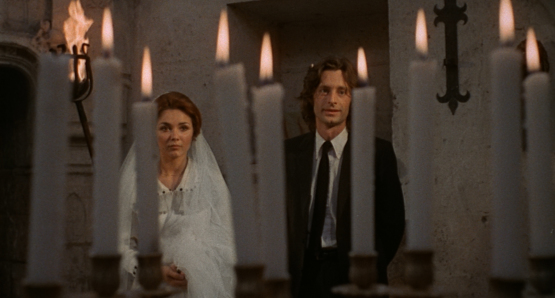 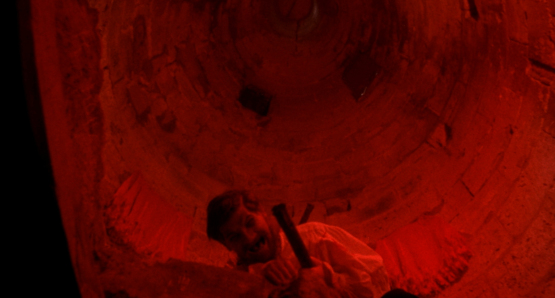 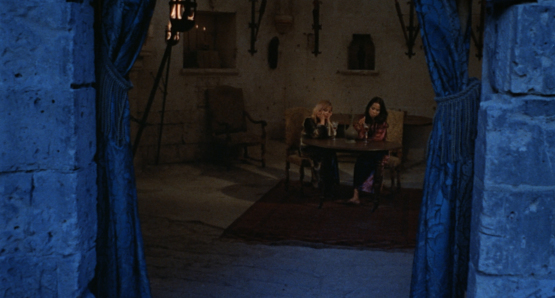